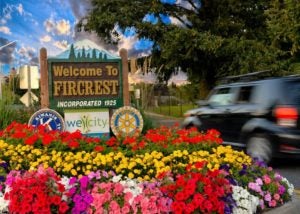 To protect and enhance our identity and quality of life and promote open and honest communication that builds a trusting environment. We will inspire a stronger community by working together toward excellence.

Fircrest has been a non-charter code city operating under a Council-Manager form of government since 1990.

The City Manager, appointed by the Council, carries out Council policies and administers the day-to-day operations of the City. Council is the policy-making body of the City. The seven members serve staggered four-year terms of office.

Duties of the Council include enacting legislation, establishing basic policy for the City, and adopting the annual budget. The Council also confirms appointments to commissions.

The City Council meets the second and fourth Tuesday of each month, at 7:00 PM and holds a study session the third Monday of each month at 6:00 PM at the City Hall, 115 Ramsdell Street. The public is invited and encouraged to attend.